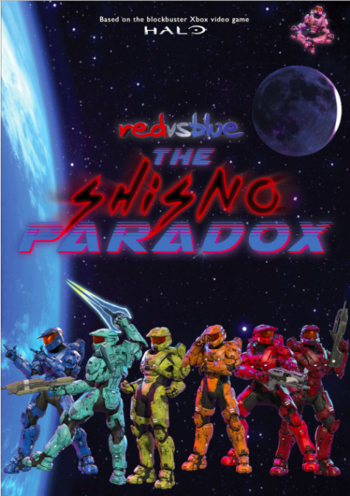 The fifteenth through seventeenth seasons of Red vs. Blue, filmed inside Halo 5: Guardians.

The 15th season picks up 10 months after Season 13 left off. The Reds and Blues have become notorious criminals, and one reporter, Dylan Andrews, is dead-set on finding out what caused this change in their behavior.

While Season 15 was originally a standalone season, it wound up setting up its immediate successor, The Shisno Paradox. The Reds and Blues decide to leave for lunch, though without Donut as he vanishes in a weird and unsettling incident witnessed only by Caboose. Yet on the way to the pizzeria, Donut reappears and drafts his friends for a journey that will bring them across time, angering some powerful entities known as the Cosmic Powers.

Warning: This page will contain unmarked spoilers for the previous seasons. 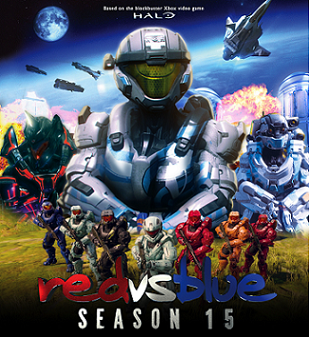 No answers will be found here tonight. Only more questions. What are they up to? And what is their endgame?
A friend told me once that there's no fate but what you make. And I think he's right.
The Shisno Paradox
The Shisno Paradox is the sixteenth season of the show, confirmed by writer-director Joe Nicolosi to start another multiseason arc.
Singularity

Singularity, written by Season 16's co-writer Jason Weight (with Miles Luna doing one episode and co-writing another, and Joe Nicolosi only having helped with the story due to other commitments), finishes the arc that in a way was started all the way back on Season 15. It's also the first season since Recreation not be directed by the current showrunner, with machinimators Josh Ornelas and Austin Clark co-directing the season.