Machinima / Red vs. Blue: The Recollection 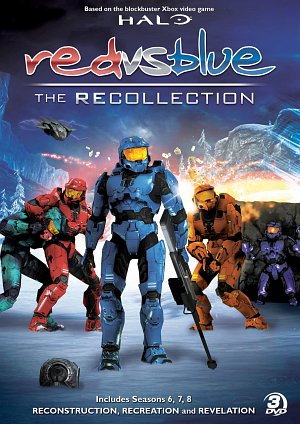 "Memory is the key."
Advertisement:

The collection of Seasons 6 to 8 of Red vs. Blue, in which the series takes a more serious tone, focusing on Project Freelancer and the mysterious "Director," while still being as hilarious as ever. This marked the beginning of the series' collaboration with Monty Oum, who would do several fight scenes in Season 8 before taking over animation duties for Seasons 9 and 10. The collection contains 58 episodes in total, as well as two miniseries, "Recovery One" and "Relocated".

The last in the Recollection Trilogy, centering around the memories and AIs. The first showing also revealed that Monty Oum, the creator of Haloid and Dead Fantasy, is now part of the Rooster Teeth staff.

Are any of us only saints or sinners, or is it always red versus blue?

Example of:
Pay Evil unto Evil