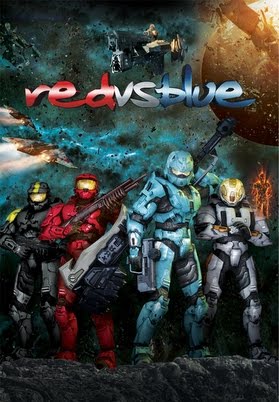 Before there was Red vs. Blue, there was Project Freelancer.

The collection of seasons 9 and 10 of Red vs. Blue. This series cuts between two concurrent storylines - a Prequel to the whole series based around Project Freelancer created entirely in CGI, and the continuing adventures of the Blood Gulch crew and Agent Washington, as well as Church's experiences inside the Epsilon Unit.