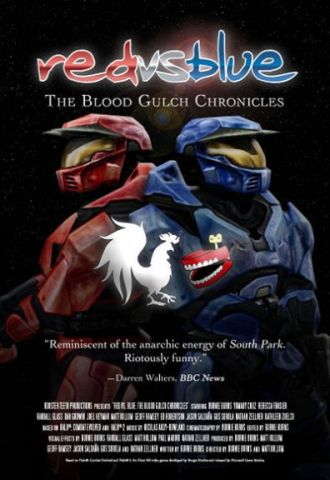 Roses are red, and violets are blue. One day we'll cruise down Blood Gulch Avenue.

The first five seasons of Red vs. Blue, with the official collection's name coming from the fact that they take place in the Blood Gulch level of the Halo series. The collection contains 100 episodes, as well as one Mini Series, "Out of Mind".

open/close all folders
More Than One Season
Season 1

It's Red versus Red and Blue versus Blue. It's I against I and me against you.