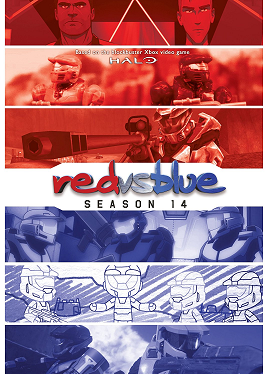 My name is VIC. 555-VICK! And I can open the window to a whole galaxy full of stories you never even knew existed.

The 14th season of Red vs. Blue. Unlike others, this is not part of a story arc, but rather is an Anthology consisting of single or multi-episode stories. Some of them are definitively canon to the overall universe note : i.e. The Mercs Trilogy, some of them are a little dubiousnote i.e. Death Battle, and some are decidedly notnote i.e. The Brick Gulch Chronicles .

Warning: This page will contain unmarked spoilers for the previous seasons.