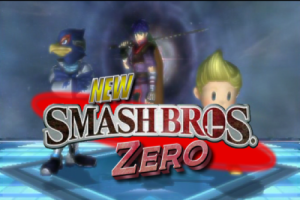 Everything you loved about the old one, but New!
Advertisement:

New Smash Bros. Zero, frequently called NewSBZ, is a Brawl Machinima series created by YouTuber, White Blade Zero and a reboot of an earlier Melee machinima. The series revolves around a variety of different players of an online game, each with a different character and color palette as their in-game avatars, however, the main focus of story is on a Low-Rank player named Axl-Blade; as well as his girlfriend, Alora; their friend, Mistychu, as well as a ton of other players. A tournament has been announced and many players have begun to register in order to compete and prove themselves as skilled fighters.