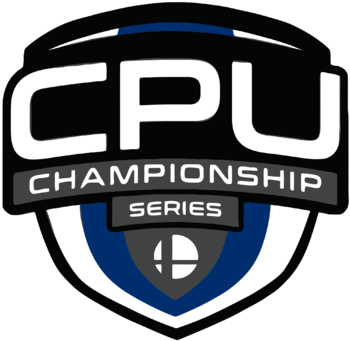 .
"I don't know how, but somehow we've created an underlying narrative in the CPU tournaments."
— Alpharad

The CPU Championship Series (or CPUCS, for short) is a web series by YouTuber Alpharad

. The series has Alpha, alongside his friends JoSniffy and Turvis, commentate over Super Smash Bros. Ultimate tournaments; but as the name implies, these are not real-life tournaments, but ones where all the competitors are the game's Level 9 CPUs. Thanks to both the sometimes hilarious and sometimes badass scenarios that the computer players get into, we can assure you that it is much better than it sounds.

Despite its humble beginnings as a continuation of Alpharad's previous Super Smash Bros. 4 CPU videos, thanks to a lot of fans who loved the group's commentary and had some creative explanations for some of the shenanigans that would occur in each video, the CPU Championship Series would soon create a separate name for itself by having Alpha and company canonize some of the fans' ideas while tossing in a fair amount of their own: thus creating something best described as an unscripted Machinima, wherein each tournament is an episode within a larger Story Arc featuring unique characters and lore that combines the fun of actual Super Smash Bros. tournaments with an anime-style Tournament Arc narrative. There's even a beach episode!

The CPUCS just finished its fourth season, with the story being that two years have passed since the events of "The Vincent Saga", with villains both old and new starting to show up after a long absence. Since the non-canon "SUMMIT," released on September 17, 2019, the series has yet to receive an episode, though the creators have said they do want to continue with the series.

You can find the playlist for the series here

. The official tournament standings for the series can be found here

, and the subreddit over here.