Luckily My Shield Will Protect Me / Anime & Manga 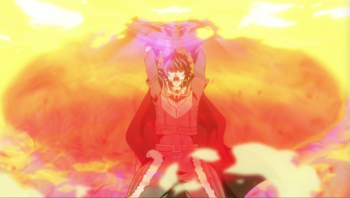 Even the wrath of God shall not pass!
Advertisement: