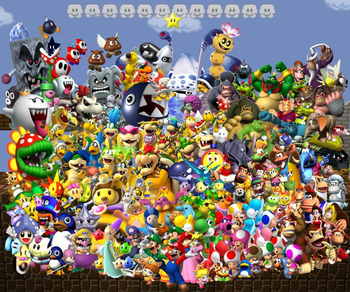 Two's company, three's a crowd, and this is... a party! Maybe even a country!

Melee would bring back all 12 of 64's fighters and add an additional 14 on top of that totaling to 26 playable fighters note  Sheik who in this game and Brawl is Zelda's down Special move is considered to be their own unique fighter , most notably having representatives such as Marth and Roy from Fire Emblem, a series that had yet to make its Western debut.