Literature / The Truth of Rock And Roll 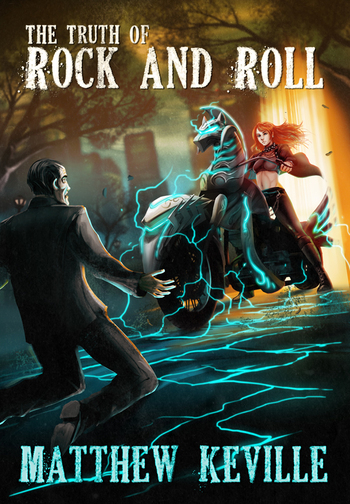 The Truth of Rock and Roll is a novella by Matthew Keville. It begins with the narrator, a teenage boy, sitting by Bethesda Fountain, mourning the fact that his dreams have gone off track at the age of seventeen. Then an older man - a man "made of gray" - sits down beside him, and begins to tell him a story. At first, the narrator tries to brush him off and get away, but soon he's drawn into the story in spite of himself.

The Gray Man has lived a disappointing life; he let his own dreams die long ago. But he tells the story of what came before that - when he was young, when he was in love...and when there was Rock and Roll Magic.

on the author's blog

The Tropes of The Truth of Rock and Roll: