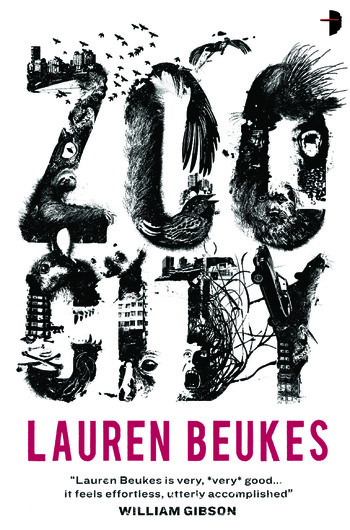 Zoo City, by South African author Lauren Beukes, is a wide spanning Urban Fantasy set in a world of Grey-and-Gray Morality, set in an Alternate Universe Neo-Africa where guilt literally manifests itself as an animal, bound to individuals. The story follows one Zinzi December as she gets caught in an intricate mystery in Johannesburg, while struggling with her own past and guilt in the form of the Sloth that adorns her back.