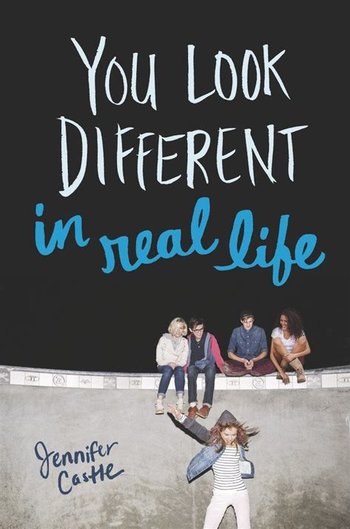 You Look Different in Real Life is a young adult novel by Jennifer Castle. Ten years ago, five kindergarteners - Justine Connolly, Rory Gold, Felix Cortez, Nate Hunter, and Keira Jones - starred in the documentary Five at Six. Five years ago, they starred in the sequel Five at Eleven. Now it's time to film Five at Sixteen. But the kids have changed a lot over the last five years, and not all in ways that they're happy with.

You Look Different in Real Life contains examples of: