Literature / You Know Me Well 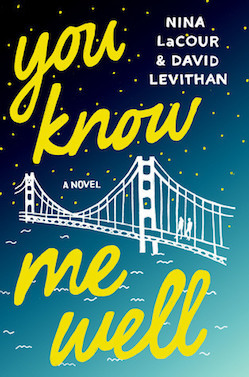 You Know Me Well is a 2016 young adult novel co-written by Nina LaCour and David Levithan. Told from the alternating viewpoints of Mark, a boy in love with his closeted best friend Ryan, and Kate, an artist nervous about meeting the girl she has loved from afar, the book follows the two gay teenagers as they deal with their respective relationships as well as the unexpected friendship between them.

You Know Me Well provides examples of: