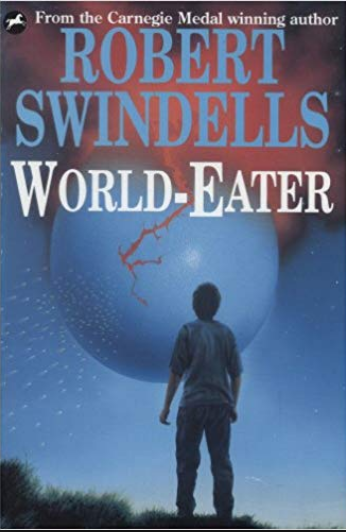 A 1983 novel by Robert Swindells. Late one night, eleven-year-old pigeon breeder Orville Copperstone wakes to find a tree having blown into the house of elderly neighbour Mr McDougal, who speaks fearfully of a strange new presence in the night sky. Recent worldwide freak storms have in fact been caused by the sudden, unexplained arrival in the solar system of a small planet between Mercury and Venus. While the Copperstones learn through news updates of the solar drama, Russian physicist Professor Valentina Petrova has an ominously pertinent new theory about black holes. Meanwhile, Orville befriends local journalist Brian Fox, to whom he submits a theory that the new planet, whose smooth surface is made of calcium carbonate, is some kind of egg...