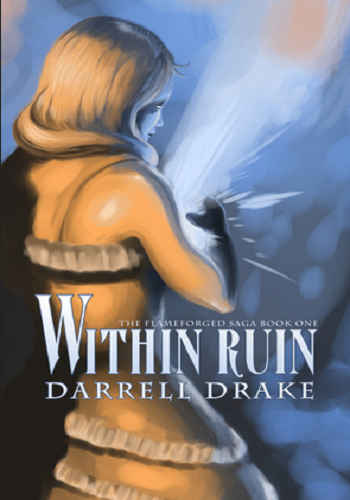 A Fantasy/Romance novel by Darrell Drake, Within Ruin revolves around a beleaguered king Virgil and his amnesiac queen Descarta. Amnesiac to the point that she neither remembers nor loves her husband.
Advertisement:

Within Ruin starts off as your typical adventure with a motley crew on a journey to save the country from a deadly plague. They spend their time fighting off hordes of assassins and seeking aid from neighbouring kingdoms. Then you find out the truth... Ultimately a very dark and melancholy romance.