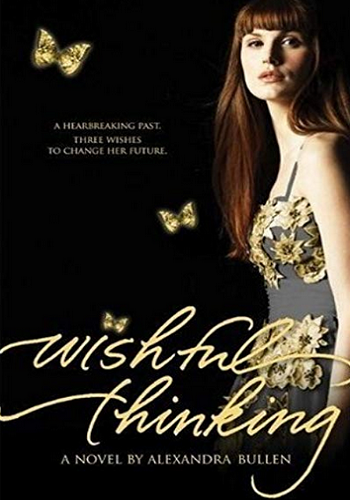 Wish and its companion novel Wishful Thinking by Alexandra Bullen share a pattern: An unhappy teenage girl brings her torn dress to a seamstress shop, but instead of getting it mended, she receives three magical dresses, each of which grants her one wish. Her problems are solved, but not before a certain amount of romance, drama and other complications.
Advertisement:

In the first novel, Wish, Olivia Larsen is in mourning for her dead twin sister, Violet. With her first wish, Olivia inadvertently calls up Violet's ghost, who helps her adjust to her new school and appreciate life again.

In Wishful Thinking, orphaned Hazel Snow travels back in time to meet her birth parents and persuade them not to give her up for adoption, but is it possible to change history?