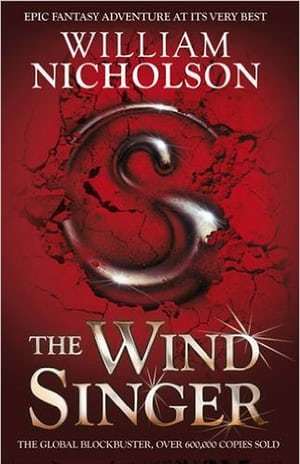 A modern(ish) fantasy series by William Nicholson, describing the lives of the Hath family and their quest to find their people's prophesied homeland. The trilogy of books are as follows:

The first book is set in the walled city of Aramanth, where hierarchy is decided solely on exam results from the age of two. Twins Kestrel and Bowman Hath, after being prosecuted by the head examiner, decide to find the voice of the Wind Singer, a mysterious ancient device in the centre of Aramanth which once made people happy. However, it was stolen by an evil force called the Morah, and the city fell into its current state of harsh meritocracy.

Slaves of the Mastery opens five years later, where Aramanth is no longer ruled by exams. However, the raiders of an empire called the Mastery destroy the weakened city and take all the citizens as slaves. Kestrel is left behind, and meets the representatives of a different kingdom, who are heading to the Mastery to offer their princess in marriage. Bowman starts to awaken new powers, and the twins each plot the downfall of the enemy empire.

Firesong follows the Manth people's journey to their homeland after the Mastery is overthrown. And without giving away everything, we can say very little else.