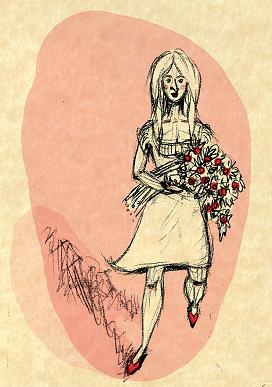 "I am Polly Summers, long-nosed and light-footed..."
Advertisement:

In the land of Angaria, where magic is only a distant rumour, a relatively ordinary girl goes about her uneventful life. Until the day she meets the princess of Angaria, and gets roped into a scheme to impersonate her. But while impersonating a princess should be fun for a flower girl who usually spends her days at the market, it leads to more complications than she can imagine. When two strangers invade the princess's room in the middle of the night, Polly must cope with being in the wrong place at the wrong time...

Further chapters throw Polly into a place where magic is not a distant rumour, and seriously dangerous enemies threaten her. Not to mention the annoyingly arrogant enchanter she must team up with to survive and hopefully get back home.

Why Polly? was originally a web serial novel, but now can be found here

Tropes in Why Polly? Part 1 — Meet the Princess: