Literature / Where There's A Will 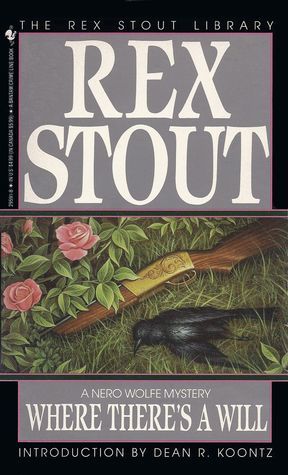 A Nero Wolfe mystery novel by Rex Stout, published in 1940.

A distressingly low amount in his bank account has forced Nero Wolfe to not only accept more work, but to break one of his usual rules in doing so — he is lowered to involving himself in an inheritance dispute. The Hawthorne sisters, a trio of exceptionally accomplished siblings, have apparently been disinherited by their recently deceased brother Noel in favour of his mistress Naomi Karn. While the sisters themselves claim to have no interest in the inheritance itself, they are concerned that Noel's disfigured widow Daisy intends to launch a public challenge to the will that will bring disrepute to the family, and want Wolfe to convince Naomi to willingly surrender at least half of the inheritance to prevent this. Reluctantly, Wolfe agrees to the job — but when evidence is uncovered that Noel Hawthorne was actually murdered, it quickly begins to seem like the Hawthorne affair will be more like his usual work after all...