Literature / Where the Crawdads Sing 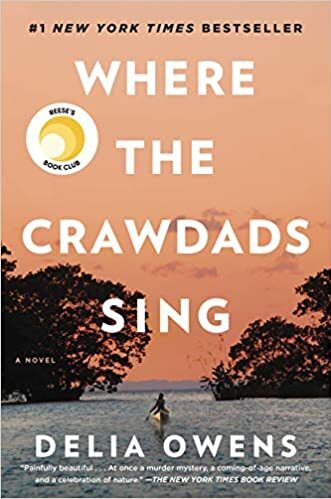 Where the Crawdads Sing is a 2018 novel by Delia Owens.

In The '50s, Kya Clark is a young girl living in a shack in the marsh near the small town of Barkley Cove, North Carolina. As her family abandons her one by one, she learns to survive on her own.

As a teenager, she falls in love with Tate Walker, a boy a few years older than herself, who teaches her to read.

On October 30, 1969, Chase Andrews, the son of the wealthiest family in town, is found dead by the water tower, and Sheriff Ed Jackson suspects murder. The prime suspect is Kya, aka "Marsh Girl," who is now a young woman.

A film adaptation was released on July 22, 2022, directed by Olivia Newman with Daisy Edgar-Jones as Kya and Taylor John Smith as Tate. Reese Witherspoon, who included the original book as part of her Reese's Book Club, is a producer under her Hello Sunshine label.

Where the Crawdads Sing contains examples of:

Alternative Title(s): Where The Crawdads Sing