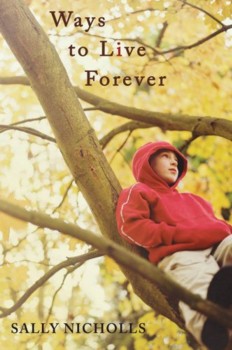 Ways to Live Forever is a 2008 British children's novel written by Sally Nicholls, which was later adapted into a feature film starring Ben Chaplin and Robbie Kay (of Pirates of the Caribbean movies). The story concerns 11-year-old Sam, a typical young boy who enjoys fascinating facts, wants to know about alien spacecraft, and is struggling with leukemia. Sam and his friend Felix, who is also being treated for cancer, decide to make a wish list of ways they can live forever, such as breaking world records, going up on down escalators, and riding in an airship. They take a "nothing is impossible" attitude to achieve their dreams.