Literature / Washio Sumi Is a Hero 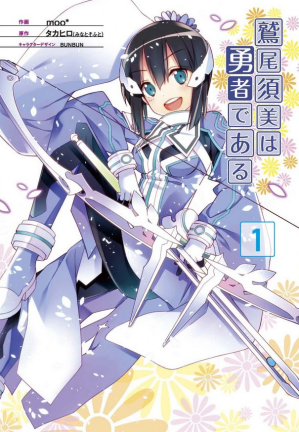 Washio Sumi is a Hero is a 2014 prequel novel to Yuki Yuna is a Hero. The novel takes place two years prior to the anime and features a different trio of Heroes: Sumi Washio, Sonoko Nogi, and Gin Minowa.
Advertisement:

The novel ran concurrent to the original anime. It goes into depth on things that are discussed in the later half of the series. The novels later received a Comic-Book Adaptation in 2014 as well as an Animated Adaptation in the form of Washio Sumi Chapter. The anime was originally aired as three films before airing on television as the six episodes of Yuki Yuna Is A Hero's second season.

Washio Sumi is a Hero provides examples of: