Literature / Voyages Of The Flying Dragon 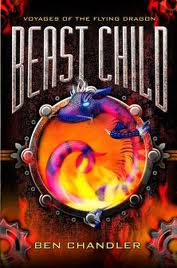 Voyages Of A Flying Dragon is a fantasy book series, written by the Australian author Ben Chandler. It is centered on the twins Lenis and Missy (Misecordia) Clemens, who were sold into slavery at their homeland at young age and advanced through the ranks until becoming the Engineer and Communications Officer aboard the setting’s airships. The first novel, Quillblade, begins when their captain of their ship turns traitor to his master and steals the ship alongside the crew. He’s on a quest to find the dragon egg, as the young dragon is the only thing with enough power to stand against the rapidly encroaching Wasteland and the Demons it spawns. Eventually, they obtain it but at a price, and at a time when the Demons found a clear leader and began forming into an army to wipe out humanity.

The second novel, Beast Child, marks a relative lull in the events, as organising an army is no small thing even for demons, giving the Hiryu enough respite to spread warning to other nations and search for the stones of ebb and flow, supposedly capable of amplifying the young dragon's power. They're opposed in this by a former Shinzon mercenary whose motivation remains a mystery. Lenis and Missy are also forced to reflect on the relevations in the last novel and face up to harsh truths about the nature of power and its effect on a person.