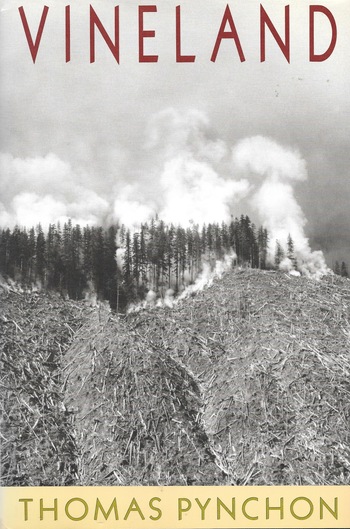 It would all be done with keys on alphanumeric keyboards that stood for weightless, invisible chains of electronic presence or absence. If patterns of ones and zeroes were “like” patterns of human lives and deaths, if everything about an individual could be represented in a computer record by a long strings of ones and zeroes, then what kind of creature could be represented by a long string of lives and deaths? It would have to be up one level, at least—an angel, a minor god, something in a UFO. It would take eight human lives and deaths just to form one character in this being’s name—its complete dossier might take up a considerable piece of history of the world. We are digits in God’s computer, she not so much thought as hummed to herself to sort of a standard gospel tune, And the only thing we’re good for, to be dead or to be living, is the only thing He sees. What we cry, what we contend for, in our world of toil and blood, it all lies beneath the notice of the hacker we call God.
Advertisement:

Vineland is a 1990 novel by Thomas Pynchon, a postmodern fiction set in California, United States in 1984, the year of Ronald Reagan’s reelection. Pynchon had last explored California in The Crying of Lot 49, and he would return to it later with Inherent Vice.

The book follows Zoyd Wheeler, an aging hippie with a beautiful daughter, Prairie, collecting mental disability checks by jumping through a plate-glass window once in a year. It wasn’t until the arrival of his old nemesis, Federal Prosecutor Brock Vond, determined to kill anyone from Zoyd’s community, that Zoyd went into hiding and sent Prairie to a wedding gig with her boyfriend. And there she met someone to uncover her mother’s dark past.

It also has its own wiki here