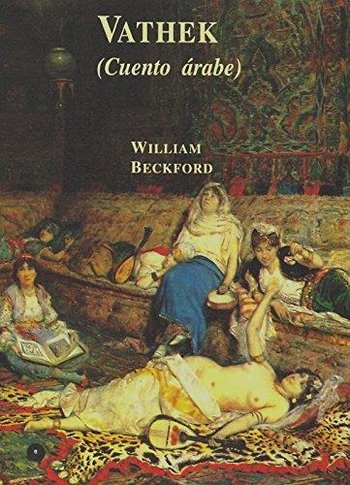 Vathek (alternatively titled Vathek, an Arabian Tale or The History of the Caliph Vathek) is a Gothic Horror novel written by William Beckford. It was composed in French beginning in 1782, and then published in 1786 without Beckford's name as "An Arabian Tale, From an Unpublished Manuscript," claiming to be translated directly from Arabic (this was in fact an English translation by Reverend Samuel Henley). The novel chronicles the fall from power of the Caliph Vathek (a fictionalized version of the historical Al-Wathiq), who renounces Islam and engages with his mother, Carathis, in a series of licentious and deplorable activities designed to gain him supernatural powers.

As a public domain work, it can be found at Project Gutenberg.