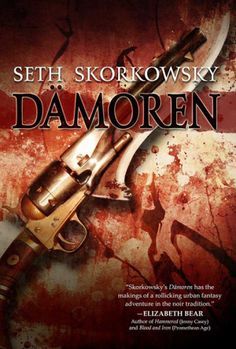 A gun of legend versus an army of demons.

The Valducan series is an Urban Fantasy series by Seth Skorkowsky and published by Ragnarok Publications. It follows the adventures of the Valducan order, a group of warriors who possess magical weapons capable of killing demons. Demons are responsible for every sort of monster in the world, possessing humans and changing them into vampires or werewolves or other beasts depending on their nature. It's possible to kill the host with conventional weapons but doing so just banishes the demon and leaves them to hunt again.

The holy weapons gathered by the Valducan Order are capable of killing demons permanently, however, and are impossibly valuable. Each hunter bonds with his weapon in an intimate fashion, almost like a lover, and uses them to destroy monsters for the rest of their lives. The destruction of a holy weapon is an incredible loss and drastically weakens humankind's ability to fight evil.

Each novel follows a different hunter with a different weapon. The name of the weapon provides the title of the book.