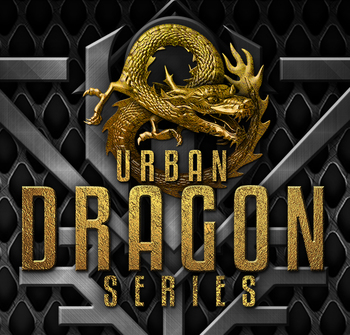 "Those who are monsters already should see to it that they fight other monsters. If you and the abyss are going to be eye-fucking all day, you might as well exchange phone numbers."
— Arkay, Forest of the Damned"
Advertisement:

A horror/Urban Fantasy serial by JW Troemner set in the American Rust Belt, written to copy the episode/season format of TV shows like Supernatural and released as a serial of ebooks and later collected in print.

The first book follows Rosario Hernandez and her shapeshifting dragon Arkay (no, not that kind of dragon... okay maybe). If living on the streets of the American Rust Belt isn't enough, they manage to piss off a Necromancer.

open/close all folders
Entire Series
Mark of the Dragon
Shadow and Steel
Advertisement:
Dance with the Devil
Potnia Theron
Forest of the Damned
Aglaeca
Crusader Non Grata
Remnants and Revenants
Beloved of the Dragon