Literature / Up To The Mountains And Down To The Countryside

Up to the Mountains and Down to the Countryside is a novel by Quincy Carroll. 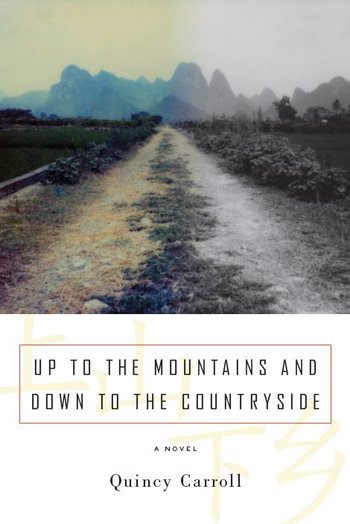 You know how it is. Everybody wants to think they're the only foreigner living in China.
Advertisement:

Up to the Mountains and Down to the Countryside tells the story of two Americans living and teaching in rural China. The first, Thomas Guillard, is an entitled deadbeat, content to pass the rest of his days in Asia skating by on the fact that he’s white, while the second, a recent college graduate named Daniel, is an idealist at heart. Over the course of the novel, these two characters fight to establish primacy in Ningyuan, a remote town in the south of Hunan, with one of their more overzealous students, Bella, caught in between. In the end, the country proves too small for both of them.

The novel attempts to bring to light certain attitudes and motivations becoming increasingly anachronistic among foreigners in China and discredit their legitimacy.

Think of it as a cross between Paul Bowles’s The Sheltering Sky and Peter Hessler’s River Town.

Check out the trailer

Up to the Mountains and Down to the Countryside contains examples of: