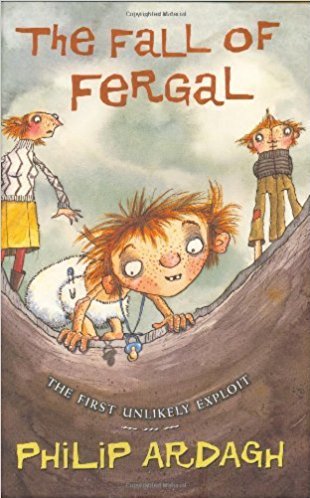 A darkly humorous trilogy of children's books about the fall and rise of the downtrodden McNally family. The first book opens with young Fergal McNally falling to his death from a hotel window, setting the tone for the rest of the series.

The books in the trilogy are The Fall of Fergal, Heir of Mystery and Rise of the House of McNally