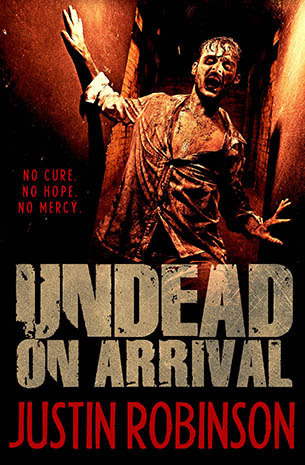 Five years after the Zombie Apocalypse, a community of survivors has made a home in the California vacation town of Devon. Glen Novak, one of the town fathers, has been bitten by a zombie head intentionally planted in his home. Now he has 24 hours to find who killed him before he turns. Undead On Arrival

is a zombie noir novel.

Undead On Arrival provides examples of: