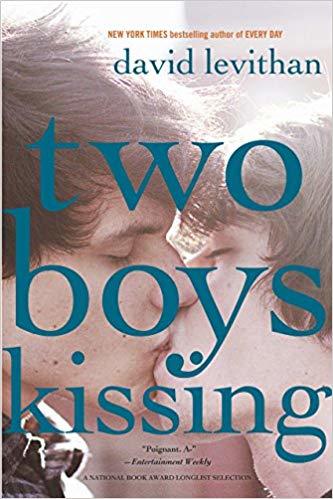 Two Boys Kissing by David Levithan (2013) is a book about a whole bunch of gay teenage boys. Harry and Craig, who are kissing for over 24 hours to set a World Record. Ryan and Avery, a budding couple with dyed hair. Neil and Peter, who've been together for a year. Cooper, who is single and depressed. Tariq, who is single and joyful.