Literature / Two As One Princesses 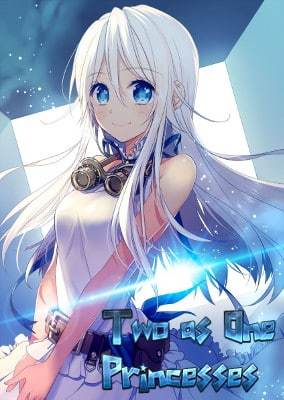 As long as I can hear you sing, Ain, I'm happy!
Advertisement:

Written by Himezaki Shiu (姫崎しう), the novel follows the adventures of a Japanese boy who was killed when the bus he was riding in experienced a car-accident and he was thrown forward out the windshield. The boy's soul wound up inside an infant girl who had her own soul, as a result of some unknown magical experiment performed on behalf of Duke Respelgia, who most likely is the girl's own biological father. After five years of horrific experiments indistinguishable from torture, with the infant-then toddler chained to a stone bed in a cell, the child's virgin hymen blood is taken for yet another unstated ritual. After the ritual presumably fails, the next five years are spent with the girl being forced to live in a library, studying books on sorcery day and night, her only solace being Ainsel, the former boy whose soul was bound to her. At age 10, the girl later named Cielmer is dragged before an appraiser and her Job is magically revealed as the "disappointing" [Dancing Princess] while Ain's Job was secretly found to be [Song Princess] which is even more reviled in the country where the story takes place. Not happy with this result, the duke has Ciel sold into slavery. The slave merchant and his guards all boast about how bad they expect Ciel's fate to be, even taking bets on how long she'll survive it. The escorts and merchants get their comeuppance when the carriage being used for transport comes under attack by a stampede of monsters Ain summoned with Magic Music, which Ciel then defeats once there are no witnesses. Now the only goal the two have is to find a way to legally flee the country and then live the rest of their lives quietly. This soon proves to be anything but a simple task.

Two As One Tropes: