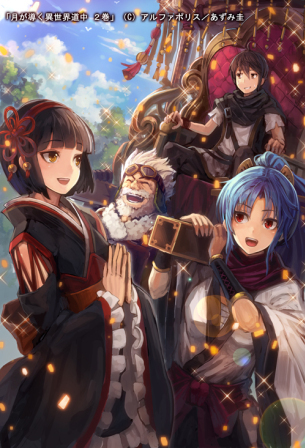 Makoto, along with a dwarf, an ancient dragon and a giant spider, stuck in a world where beauty is considered normal.
"Things don't quite work out, in the way I'd like them to, over in this world (Haiku)."
—Makoto
Advertisement:

Ordinary High-School Student and archery hobbyist Makoto Misumi is called into a fantasy world by the god Tsukuyomi, in order to be a hero due to a promise his parents made in the past. However, the Goddess of this world isn't as thrilled to have him there due to his looks, and kicks him to the edge of the world to fend for himself. Now, with his ridiculous amount of Mana and ability to understand every language except the one used by the other world's humans, it's up to Makoto to find his own way!

The novel has been adapted into a physical light novel illustrated by Matsumoto Mitsuaki and a manga drawn by Kino Kotora and both are published by Alphapolis. It later received a July 2021 Anime by C2C.