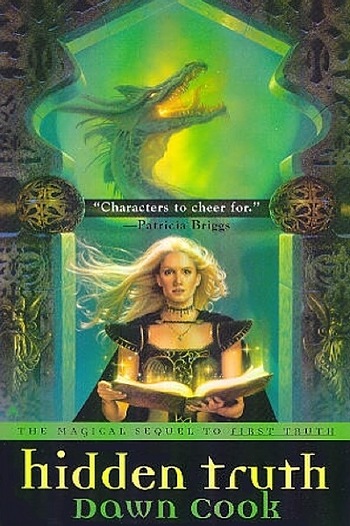 A quadrology of Fantasy books written by Dawn Cook (also author of Urban Fantasy series The Hollows). It consists of the following books:

The first two books centre on Alissa, a girl of mixed heritage, and her quest to find the Hold and rescue the Book of First Truth from the crazed Keeper Bailic who has killed all the remaining Keepers and Masters in his quest to possess the book. Along the way, she teams up with Strell and the captive Talo-Toecan to discover her own magical potential and defeat Bailic. The third book focuses on Alissa's unintentional travel back through time to the Hold in its heyday and her efforts to get home without disrupting the past or going mad from her displacement. In the final book Alissa tries to find the missing Masters of the Hold and to bring them back, facing off with one who would rather not return home.