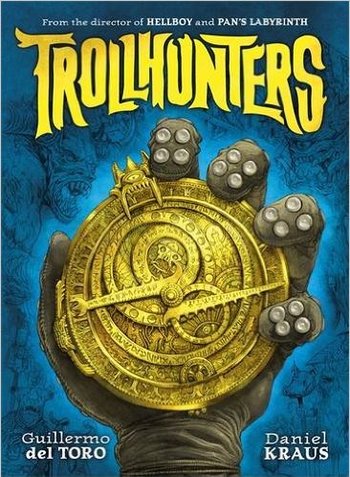 From the minds of Guillermo del Toro and Daniel Kraus comes a new illustrated novel about the fears that move in unseen places.
Advertisement:

Jim Sturges is your typical teen in suburban San Bernardino - one with an embarrassingly overprotective dad, a best friend named "Tubby" who shares his hatred of all things torturous (like gym class), and a crush on a girl who doesn't know he exists. But everything changes for Jim when a 45-year old mystery resurfaces, threatening the lives of everyone in his seemingly sleepy town. Soon Jim has to team up with a band of unlikely (and some un-human) heroes to battle the monsters he never knew existed.

The book that inspired DreamWorks Animation series Trollhunters, which became the first installment of the Tales of Arcadia trilogy.