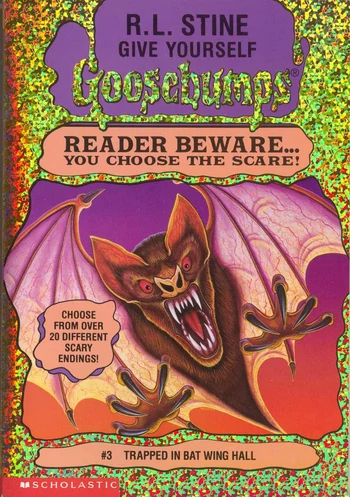 The Give Yourself Goosebumps book where you join a club.

You are the new kid in town, and you have trouble making friends. One day, a kid named Nick informs you of a club he is in called the Horror Club. The Horror Club meets late at night in an old mansion called Bat Wing Hall, which is said to be haunted. The members of the Horror Club are going on a scavenger hunt to find out if Bat Wing Hall is really haunted. You are asked to pick which team to join from there.