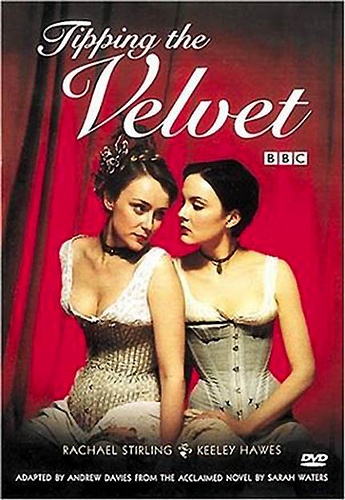 Tipping the Velvet is a 1998 novel written by Sarah Waters which was later adapted into a three-part serial for The BBC starring Rachael Stirling and Keeley Hawes.

Set in Victorian England, it tells the story of Nancy "Nan" Astley, an unsophisticated oyster girl from Whitstable, who falls in love with Kitty Butler, a music hall male impersonator trading the boards whose lifestyle causes outrage in Victorian society.