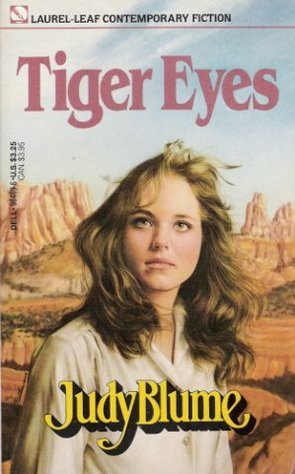 Tiger Eyes is a young adult novel by Judy Blume, first published in 1981.

The 15-year-old protagonist, Davey Wexler, struggles to cope after her beloved father Adam is killed during a robbery. Her mother Gwen decides they need to get away for a while, and she moves Davey and her little brother Jason from their native New Jersey to New Mexico to stay with Adam's sister and her husband.

In 2012, a film adaptation of the same name was produced, directed by the author's son Lawrence Blume and starring Willa Holland as Davey.