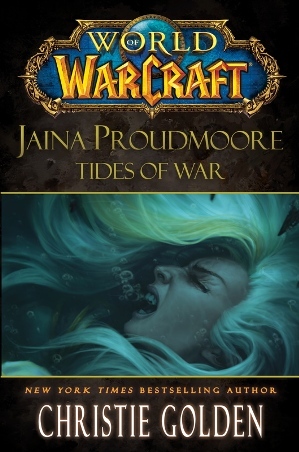 "But you know what doesn't change? Hatred. Hatred and the hunger for power. People get an idea or plan that works in their favor, and they dig in and won't let it go. They won't see what's right in front of them if it contradicts what they want. And the words of reason, of peace, just don't seem to be effective against that anymore."
— Jaina Proudmoore.
Advertisement:

Deathwing has been defeated, but conflict rages between the Alliance and the Horde. As Garrosh prepares to invade the Alliance city of Theramore, he makes it clear that nothing less than absolute loyalty to him is required of the Horde's member races. His decision forces some of his allies, including Vol'jin and Baine Bloodhoof, to weigh whether to continue to be part of the Horde or withdraw to see to their own people's interests. The Alliance sees Garrosh as an increased threat, and peace as less and less possible.

In the midst of all this conflict, Kalecgos discovers that the Focusing Iris, a blue dragon artifact of great power, has been stolen from the Eye of Eternity. He approaches Jaina Proudmoore, leader of Theramore, to track down the artifact, but can they do so before the thieves cause a great disaster with its power?