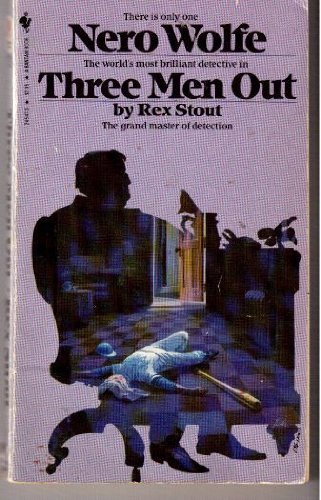 "Invitation to Murder" sees Herman Lewent hiring Wolfe to investigate his uncle Theodore Huck, who controls his family's finances after the death of Huck's wife Beryl. Lewent has asked for Huck to provide more than the $1,000 a month Beryl sent, but he has refused, and Lewent believes one of three female employees - secretary Dorothy Riff, nurse Sylvia Marcy, and housekeeper Cassie O'Shea - is seducing Huck into cutting off payment. When Archie and Lewent go to the house to investigate, Archie shortly finds Lewent dead in his room from a blow to the head. His investigation uncooperative, Archie tricks Wolfe into coming to the house by faking an attack on himself, and it isn't long before the great detective is able to uncover the murderer.

In "The Zero Clue," Archie prepares to question mathematician Leo Heller, who believes one of his clients committed a crime, but finds the office empty. That afternoon, Cramer comes to the office to report that Heller's body was found in an office closet, an arrangement of pencils on his desk seeming to form a sideways NW with an extra stroke and a torn eraser forming a dot between the symbols. Wolfe, spotting the meaning of the clue, speaks with all of Heller's clients, looking for instances of the number six, but the number figures in all clients' accounts. However, a chance remark from the last one reveals the true meaning of Heller's clue, illuminating the truth to Wolfe.

Finally, "This Won't Kill You" sees Wolfe and Archie in attendance at the final game of the World Series, only for several Giants players to play uncharacteristically poorly. An investigation of the locker room reveals that those players' drinks were drugged, and star rookie second baseman Nick Ferrone is missing. After Archie finds Ferrone's body, he follows Lila Moyse, wife of backup catcher Bill Moyse, while Wolfe concentrates on one small fact that points in the direction of one person. While Archie's trail puts him in danger, both he and Wolfe are led to the truth behind the crimes.