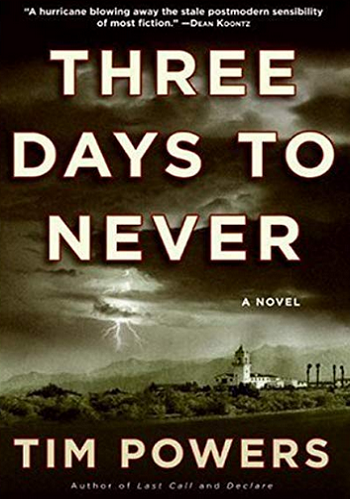 Three Days to Never is a 2006 fantasy novel by Tim Powers.
Advertisement:

The action takes place over three days in August 1987. Frank Marrity's grandmother dies in mysterious circumstances, and he discovers something strange and dangerous in her garden shed, something that is sought both by Mossad and by a centuries-old secret society. Something that just might, three days from now, bring about the end of the world.