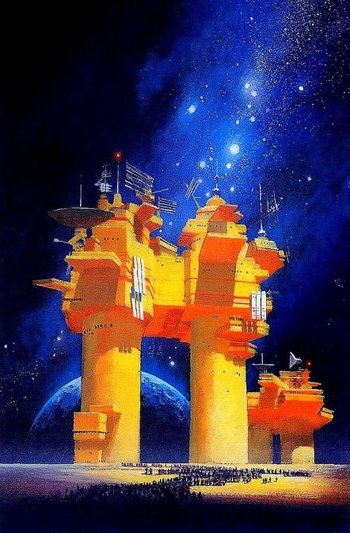 Everywhere you've ever imagined going, but there may be some problems along the way.
Advertisement:

The Thousand Cultures is a science-fiction series by John Barnes. Set in the 29th century, when mankind has spread out into other star systems, it explores themes of globalization, religious extremism, and the conflict between human and artificial intelligence as the development of new technology allows people to travel vast interstellar distances more quickly, causing a number of isolated cultures to collide with one another.