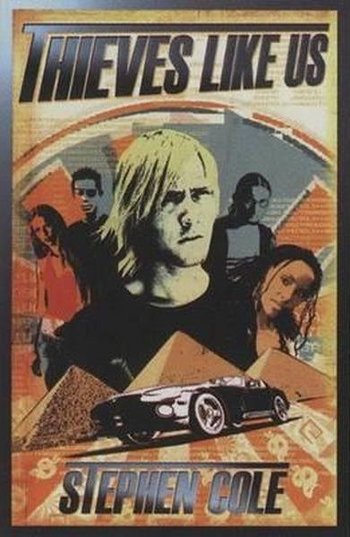 A 2006 Young Adult novel by Stephen Cole, in which a group of teenagers are led by a mysterious man named Nathan Coldheart to perform various heists that end up being based around ancient mythology of various sorts.
Advertisement:

Each member of the group, in addition to being trained in hand-to-hand combat and other such useful skills, has their own special talent. The team starts off with Con (hypnotism specialist), Patch (lockpicking), Motti (electric system disarming), and Ty (Living Lie Detector). At the beginning of the first book, they pick up Jonas Wish, a brilliant computer hacker.

There are two further novels in the trilogy, The Aztec Code, (also published as Thieves Till We Die) (2007) and The Bloodline Cipher (2008).

Not to be confused with the 1937 crime novel by Edward Anderson, or its 1974 film adaptation by Robert Altman. Also not related to Spies Like Us.