Literature / There and Back Again 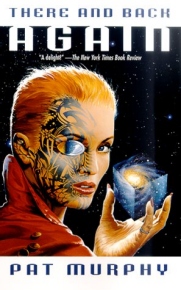 Pat Murphy's novel There and Back Again is the story of Bailey Beldon, a simple, respectable norbit who is content with his sleepy life in the Asteroid Belt until a cyborg adventurer and a clan of clones hijack him for a grand adventure to hunt a Snark and win back a lost treasure at the center of the galaxy, forcing him to grow out of his comfortable little world. Along the way he encounters swashbuckling pirates, seductive Trancers, greedy Resurrectionists, and other fantastic characters and creatures before coming face to face with the Snark itself — which is, naturally, a Boojum.

Sound familiar? It should.