Literature / The Zone of Interest 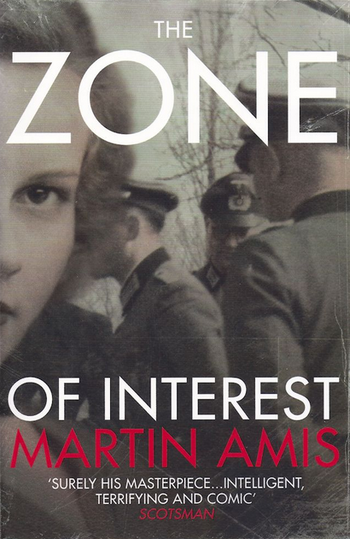 The Zone of Interest is a 2014 Novel by Martin Amis. The story is set in the Auschwitz concentration camp between the years 1942-43, with an epilogue in 1948. It is told through three rotating PoVs: Angelus 'Golo' Thomsen, an outwardly easygoing womanizer, who slowly begins to grapple with his role as a "Schreibtischtäter"

, Paul Doll, the camp commandant, who spirals ever deeper into delusions to justify his actions and to uphold his manhood, and Szmul, a Jewish inmate who prolongs his life by working as the head of the Sonderkommando