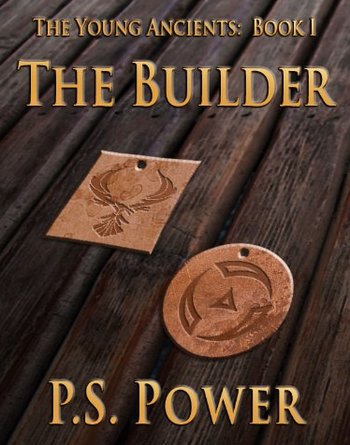 Pictured: magic devices of terrifying power. A flyer and a shield.
Advertisement:

A series of books by PS Powers.

Torrence Baker (or Tor) is a Builder, a person who creates the magic that the Kingdom of Noram runs off of. Or he will be, someday if he can keep to his studies and doesn't get expelled for missing classes when his latest project takes up too much of his time. He is a backwoods baker's son on a scholarship. However, Tor's little projects soon catch the eye of some very powerful people, propelling him to the rarest heights of the kingdom's political and business elite and eventually exposing many of the lies behind his life. Tor may well be the greatest wizard of the age... assuming he can survive.

The Young Ancients contains examples of: