Literature / The Wreck of the Lodewijk 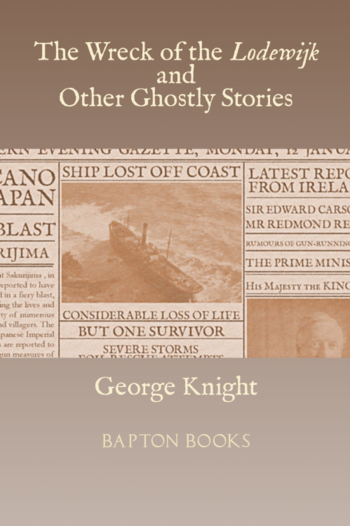 Do NOT look behind you.
The Wreck of the Lodewijk and Other Ghostly Stories is a slim volume of thoroughly British ghost stories by George Knight, and including the titular tale in which SS Lodewijk sank – not as quietly as appears – in a storm in 1914, off East Anglia.The other three stories are set in a country church and its undercroft or crypt; on an isle in the Hebrides; and in the Underground.

Tropes especially notable in these stories include: