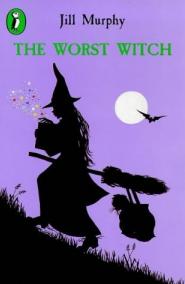 Onward, ever striving onward
Proudly on our brooms we fly
Straight and true above the treetops
Shadows on a moonlit sky
Ne´er a day will pass before us
When we have not tried our best
Kept our cauldrons bubbling nicely
Cast our spells with zest.
— Academy song

A new TV adaptation began on 11th January 2017 on CBBC, and was later made available for international streaming on Netflix.