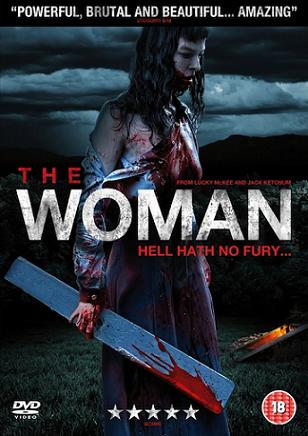 The Woman is a 2011 horror novel written by Jack Ketchum and Lucky McKee. It is about a feral woman who is one day kidnapped by Chris Cleek, a suburban dad, lawyer and hunter who locks her up in his cellar and, with the help of his family, attempts to "civilize" her. He's... not exactly the best man for the job. Violence, domestic abuse, bloodshed and a harsh feminist attack on misogyny and male dominance ensue.

It was made into a 2011 film directed by McKee. Both Ketchum and McKee also collaborated on the script. The film gained infamy at a Sundance Q&A screening

, where a woman fainted and a man went on an angry rant

The novel is the third in the series of novels that started with ‘’Off Season’’ and ‘’Offspring’’, the latter which was a film in 2009.