Literature / The Wild Ones 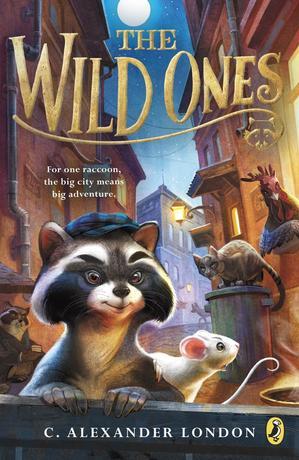 The Wild Ones is a 2015 novel written by C. Alexander London, who's also known for the Dog Tags and Tides of War series.

After his parents are killed, a young raccoon named Kit finds himself in Ankle Snap Alley, a city on the brink of war against a gang of house pets known as the Flealess. Kit, however, has the Footprint of Azban, a key item that will lead him to the Bone of Contention, which could help prevent a war between the Flealess and the untamed residents of the city. Kit, alone and stuck within a seemingly dangerous city, must find the Bone of Contention before it's too late, while also surviving the harsh conditions of Ankle Snap Alley.

Not to be confused with the Marlon Brando film The Wild One.

The Wild Ones provides examples of: